The Law Department provides legal services to the city of Sheffield Lake, acting as its attorney. It also is responsible for the prosecution of criminal matters that occur within the City.

The Law Director provides legal advice to the Mayor, City Council, administrative officers and departments, and all commissions and boards.  The Director also represents the City in all court proceedings and hearings before any administrative body.

Preparation of legislation, contracts and all legal documents on behalf of the City are handled by the Law Department.

The Law Department represents the City’s interests in all civil and administrative proceedings.

It files lawsuits and pursues claims on behalf of the City, including:

claims for damage to city property

It defends the City, its commissions, boards or officials in any proceeding where they may be named as parties. This includes damage and injury claims, allegations of civil rights violations and allegations of unconstitutionality made against the city.

The Law Department also represents the City in real estate development transactions and operational matters, and is responsible for certain filings and revivals of liens. 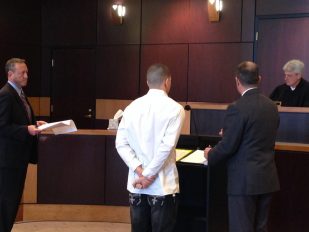 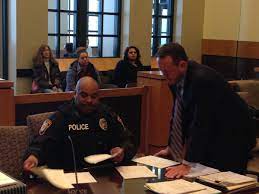 The City Prosecutor is responsible for handling all adult misdemeanor and felony criminal actions that occur in the City pursuant to the Ohio Revised Code. Cases involving juveniles are referred to Lorain County Juvenile Court.

Minor traffic cases, and most cases filed under Sheffield Lake’s Municipal Ordinances, are heard initially by the City’s Magistrate in the Sheffield Lake Mayor’s Court. Fines for citations that do not require an appearance before the Magistrate may be paid at City Hall during regular business hours – Monday-Friday, 8 a.m. to 4:30 p.m.

Effective June 7, 2022, Mayor’s Court will be held every other Tuesday beginning at 3 p.m. Those who must appear before the magistrate will find the day and time of their appearance on the citation given to them by a police officer. Defendants who enter a plea of not guilty in Mayor’s Court will have their cases transferred to the Lorain Municipal Court. If you have questions, phone the court office at 440-949-6778 or email  clerkofcourts@sheffieldlake.net

Some cases are sent from Municipal Court to the Lorain County Prosecutor’s Office where they are presented to a Grand Jury. If indicted by the Grand Jury, the case proceeds to Lorain County Common Pleas Court.